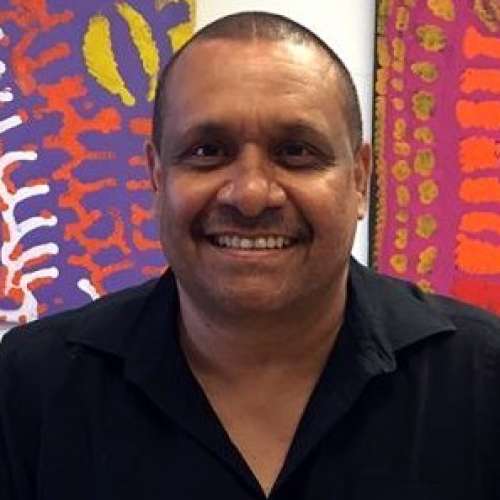 Dennis is of both Aboriginal and Torres Strait Islander descent and comes from Darwin in the Northern Territory. He belongs to the Wardaman, Luritja and Warramunga people of the NT and the Wagadagam people of the Torres Strait. Dennis began working as an Event Coordinator in 1998 and gradually became involved in Television as a Production Assistant at SBS in 2001 on the Indigenous current affairs program LIVING BLACK. Dennis eventually moved over to the Australia Council for the Arts working as a Project Officer for the Aboriginal and Torres Strait Islander Arts Board (ATSIA). There, he worked to deliver a strategic development plan to help organisations get better outcomes for their projects and employees. Dennis handled the client management of organisations such as the National Gallery of Australia for their exhibition CULTURE WARRIORS and Melbourne International Comedy Festival’s Indigenous section DEADLY FUNNY. Dennis also worked as Content Division Manager at National Indigenous Television (NITV). Returning to the Northern Territory briefly to work with remote communities, Dennis was then appointed to the role of Indigenous Program Manager at the Australian Film Television and Radio School (AFTRS). In his time at AFTRS, he oversaw a large growth in Indigenous participation and workshops throughout Australia.

Moving to Katherine NT he was appointed the Executive Officer of Mimi Ngurrdalingi Aboriginal Corporation incorporating  Mimi Aboriginal Arts & Craft and oversaw the restructuring of the organisation and securing $2M for the building of a new arts centre building under the NT Governments "Indigenous Arts Trail" initiative. Since 2018 Dennis was the CEO of Tandanya National Aboriginal Cultural Institute working towards creating a more performance friendly space and creating a sustainable organisation well into the future.